Do I Have Your Attention? Howard Rheingold's Balloon Experiment

Are we afraid to ask students "Do I have your attention" because they'll say, as Zuckerberg does in the clip, "No"?

Of everyone I've been reading lately, Howard Rheingold is the most innovative thinker about attention in the f2f in networked classrooms.

Check out these two tweets (18 minutes ago) about a social experiment he ran in his class today:

What better to collapse the distances--physical, psychic--between our lives online and our lives on campus than the balloon experiment?

It literalizes the proximal nature of our networks: those folks chasing balloons across campus are both of us and their own selves, following their own desires. Those who get the call to chase balloons can opt to do it or ignore it. But if they see the status update about the balloons and choose not to pursue them, they still have more knowledge than they had before the update: if they see a balloon on campus, they'll *see* it. The social network has given them more knowledge and insight than they would have had without it. And that's just for being part of one: not the reward for opting in.

The social network, in other words, allowed something otherwise invisible or unremarkable to take on significance. To become meaningful.

Today in Howard's experiment, one student's network found 11 balloons. Wouldn't it be fun to figure out why her network found so many? Is her network more playful than most? Blessed with more disposable time? More spontaenous? How are networks inflected by the personalities that gather them, and are there folks studying this? At what point are networks so compendious as to exceed the parameters of personality, turn into a blob of electrons?

Howard's students (and all of us, thanks to his tweet) might think through a couple of ideas manifest in the balloon experiment.

1. In classroom settings, the virtual and the physical (f2f) work most productively in tandem. Neither group (the students in the classroom nor the ones hunting balloons) could find the balloons alone.

2. F2f classes must deliver something that students cannot find themselves online. Bahktin, in Dialogic Imagination calls this "eventness": the infusion of surprise and contingency into the prosaic. Now more than ever, classes need to be "eventful" in order to compel attention. The balloons surprised Howard's students into "seeing" an element of social networking that perhaps they'd taken for granted. That's the job of "eventness": to make visible underlying assumptions of how systems of power operate.

3. Compelling attention in an f2f writing class will necessitate rethinking what counts as a classroom activity, and what gets done in the network or alone in front of a screen. I'm proposing to teach my Advanced Writing class at USC 75% online/ 25% f2f. That ratio is my best guess of how student writers will most productively and eventfully use their time. But that ratio is being met with deep skepticism among decision makers because to acknowledge how much the writing classroom is changed by social media is to heap onto already full plates the challenge of redesign and the thrill of experimentation.

I offer these observations not to those who know social networks to be fundamental to one's self. I offer them to the many people I encounter in higher ed who think of SNs as virtual replications of f2f. If your SN is comprised entirely of people you know f2f, this might be you. 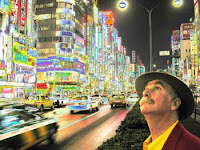 Howard has some f2f exercises for increasing students' awareness of how they spend their attention. This is from his recent EDUCAUSE article, "Attention, and Other 21st-Century Social Media Literacies":

The first thing I do in my class now is ask the students to turn off their cellphones, shut their laptops, and close their eyes.

I tell them that I will let them know when 60 seconds have gone by, and I ask them to just do nothing but notice what happens in their minds, to observe where their attention would go without any external distractions.

Of course, anybody who meditates knows that your mind is pretty much out of control. Your attention can go anywhere: to yesterday, to tomorrow.

After they open their eyes, I ask them to keep their laptops closed, and I add that I will upload my notes for that first lecture so they shouldn't have to worry about taking notes.

But because my intention is to probe, not control, and ultimately to instill in students an experience of some reflection about their media practices, I did not outright ban the use of laptops.

This move at the end is most interesting. It's tempting for teachers to abuse our power and prohibit screens by edict.

I think Howard's fusion of the f2f with the networked is a micrograph of how classrooms will begin to look: shuttling between f2f and screen, lively, kinetic, expansive.

In networked classrooms we're going to be using our bodies more, not less, than we do in the f2f classroom. Rather than passively regard the folks sitting around the seminar table, our bodies will activate new kinds of learning when the networked writing class gathers f2f: as we crowdsource knowledge, extend our selves far beyond the classroom, and jump into the cities that house our universities. Those cities are living texts to explore and annotate. Ulysses.

My wish is that someday soon, we'll all have the chance to hunt after Howard's balloons.
Posted by Kathi Inman Berens at 5:38 PM